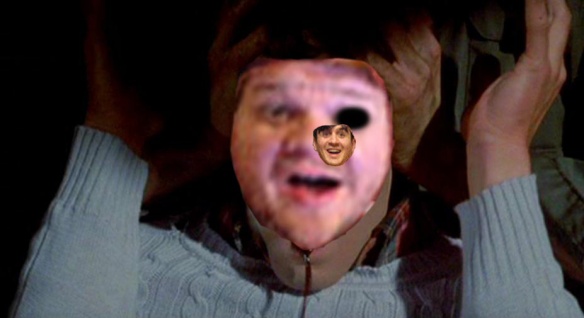 We cap off SPOOKTACULAR 2015 (NOW IN THREE DEEEEE) with Friday the 13th Part III!

Is Shelly the most annoying character in cinema history? Just how many people can comfortable sleep in a hammock? Has there ever been more useless 3D effects? Does Jason take the cake for most creative murders? Can someone possible squeeze a head hard enough for an eye to pop out (see above)?

This episode also includes our discussion of 80s slasher series Halloween, Friday the 13th and A Nightmare on Elm Street, including F, Marry, Kill of the three leads!